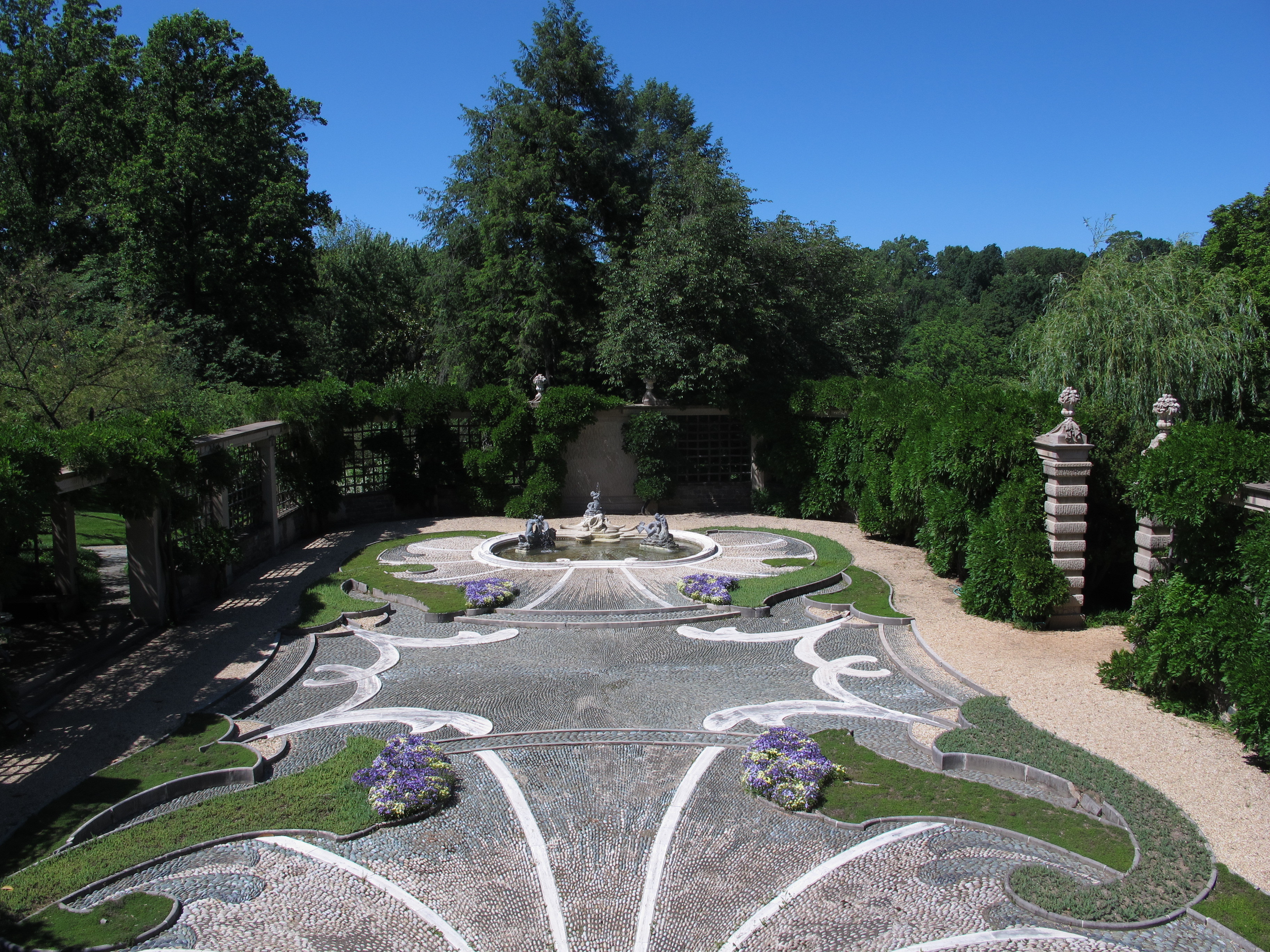 The emergence of the Arts and Crafts movement shaped architectural and artistic trends of the period. The movement developed in England in response to industrial consumerism and its ideals–simple traditional craftsmanship–flourished in North America. Early stages of the movement are often associated with Aestheticism which advocated “art for art’s sake.”

“The importance of creative collaboration between artists and designers, an insistence on simplicity, and an underlying belief that the quality of life could be enhanced or undermined by architecture and interior decoration were fundamental to both movements.” The trend was rooted in simplicity and traditional skill, while also carrying on an interest in progressive movements that were ever-growing. Arts and Crafts gardens flourished in the pre-WWI era when owning large country estates was becoming increasingly popular.