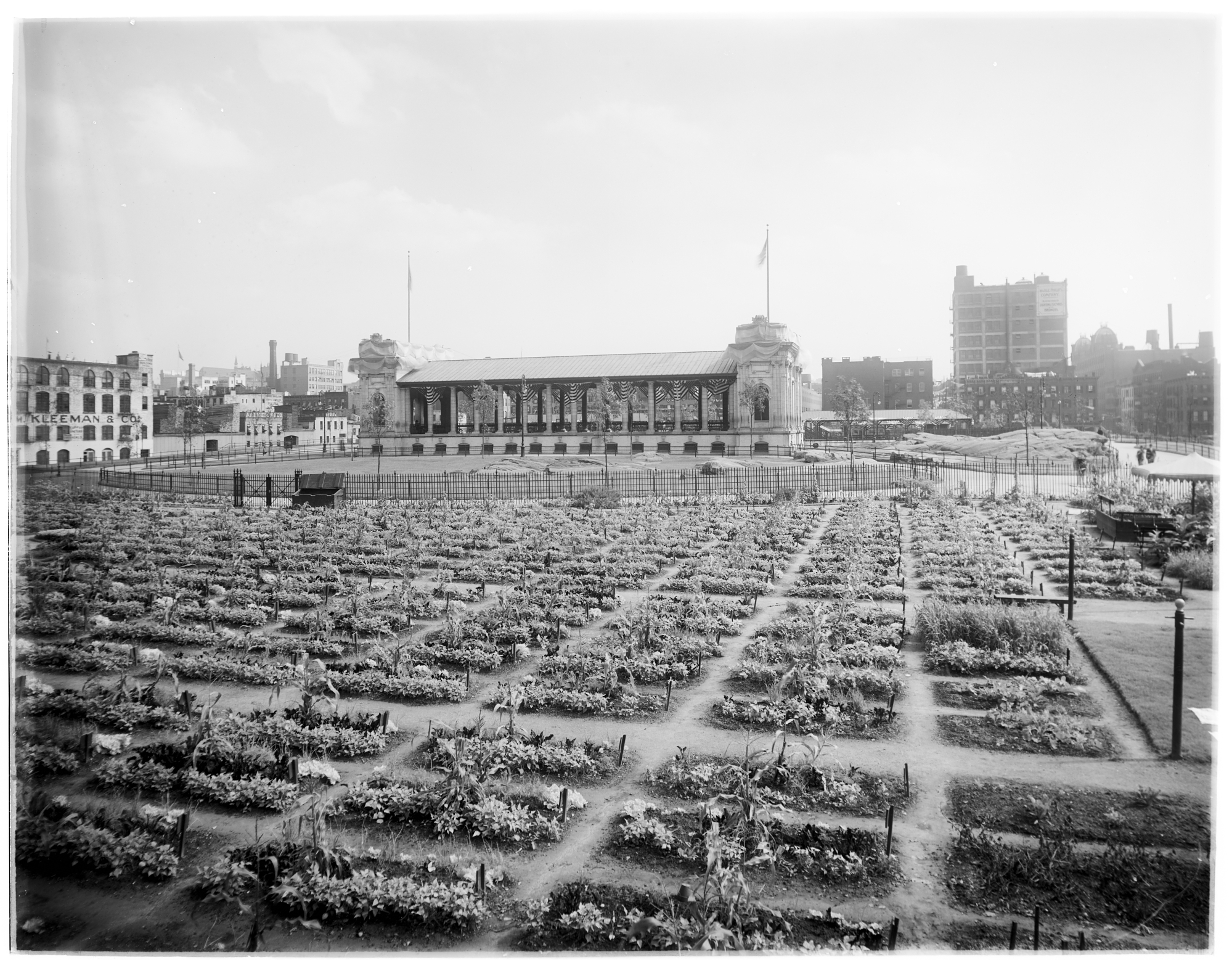 Fannie Griscom Parsons (1850-1923), a pioneer of school gardens in the United States, spearheads the idea of creating school gardens. Parsons used a portion of DeWitt Clinton Park on the west side of Manhattan to create 360 miniature garden plots. The gardens served as a place for children (many of them the children of European immigrants to the U.S.) to become “proper” American citizens through the process of gardening, environmental beautification, and contact with the natural world.

As Parsons described in 1903, “In a neighborhood where before only vandalism reigned, this miniature farm, lying in one of New York’s most congested districts, awakened an almost forgotten feeling in the hearts of the people of the neighborhood, at the same time satisfying the active restlessness of the children.” Parsons understood gardening as a way of transforming not only the landscape, but the people who lived in this urban-industrial environment.