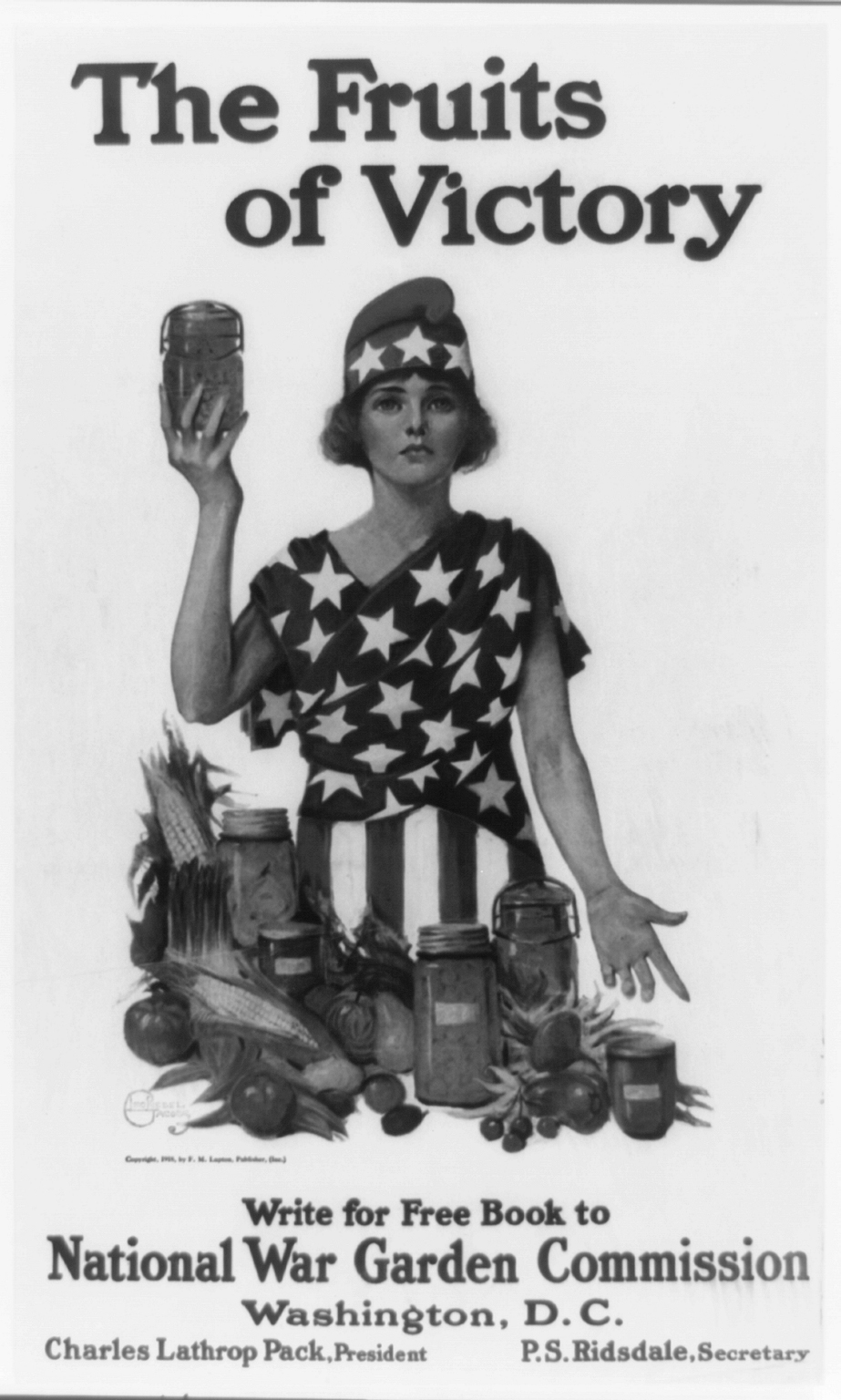 “Probably no other appeal to the patriotism of the American people ever met with more widespread and generous response than ‘war gardening.’…[S]purred on by the knowledge that ‘food will win the war’ men, women, and children all over the United States took up war gardening…Both as individuals and as members of various organizations they have gone about this as true soldiers of the soil, in the same spirit with which their husbands, fathers, brothers, and friends went into the army and the navy.”