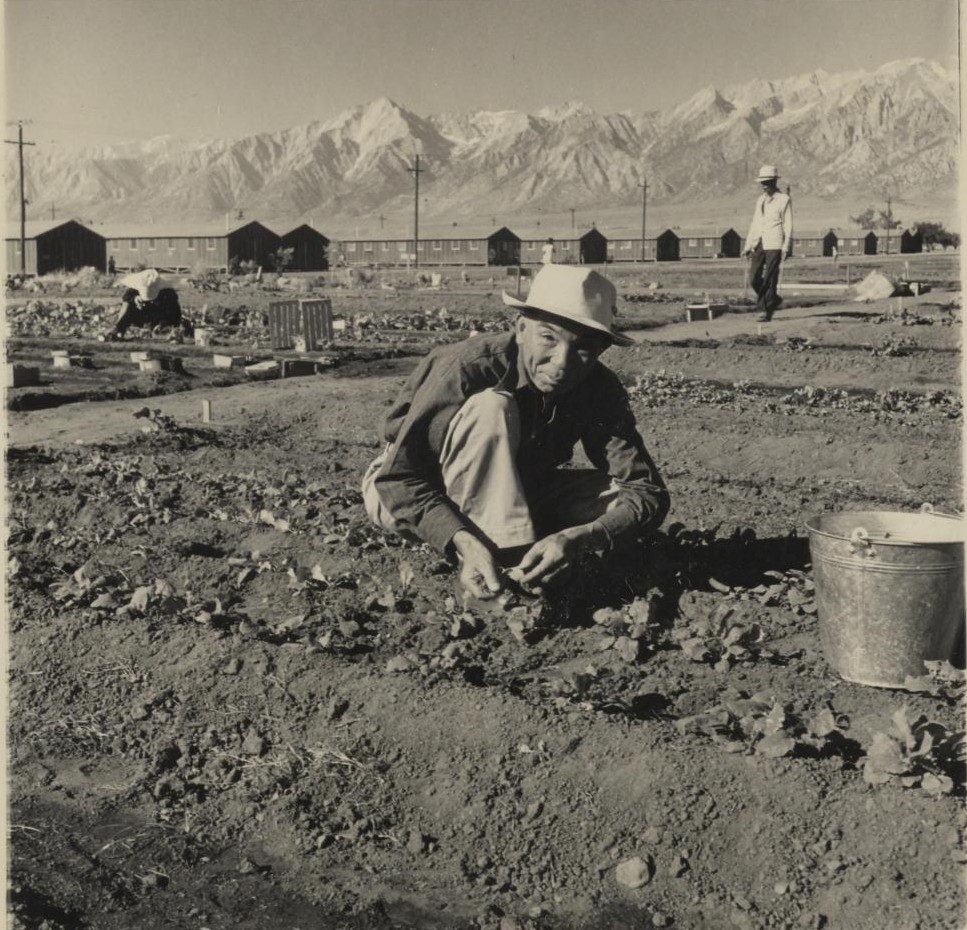 “The irony of victory gardens for an interned population was dramatic.” Many American citizens of Japanese ancestry plant victory gardens while being unjustly held in internment camps during World War II.

President Franklin Delano Roosevelt signed Executive Order 9066, authorizing the internment of Japanese American citizens during World War II. After being relocated to camps, many of these citizens, amazingly, took on the task of shaping their landscape by planting victory gardens, displaying a complicated sense of patriotism through horticulture. Transforming the landscapes of these desolate places was also one way of re-creating community, heritage and identity through garden design after being dramatically uprooted from their former lives.