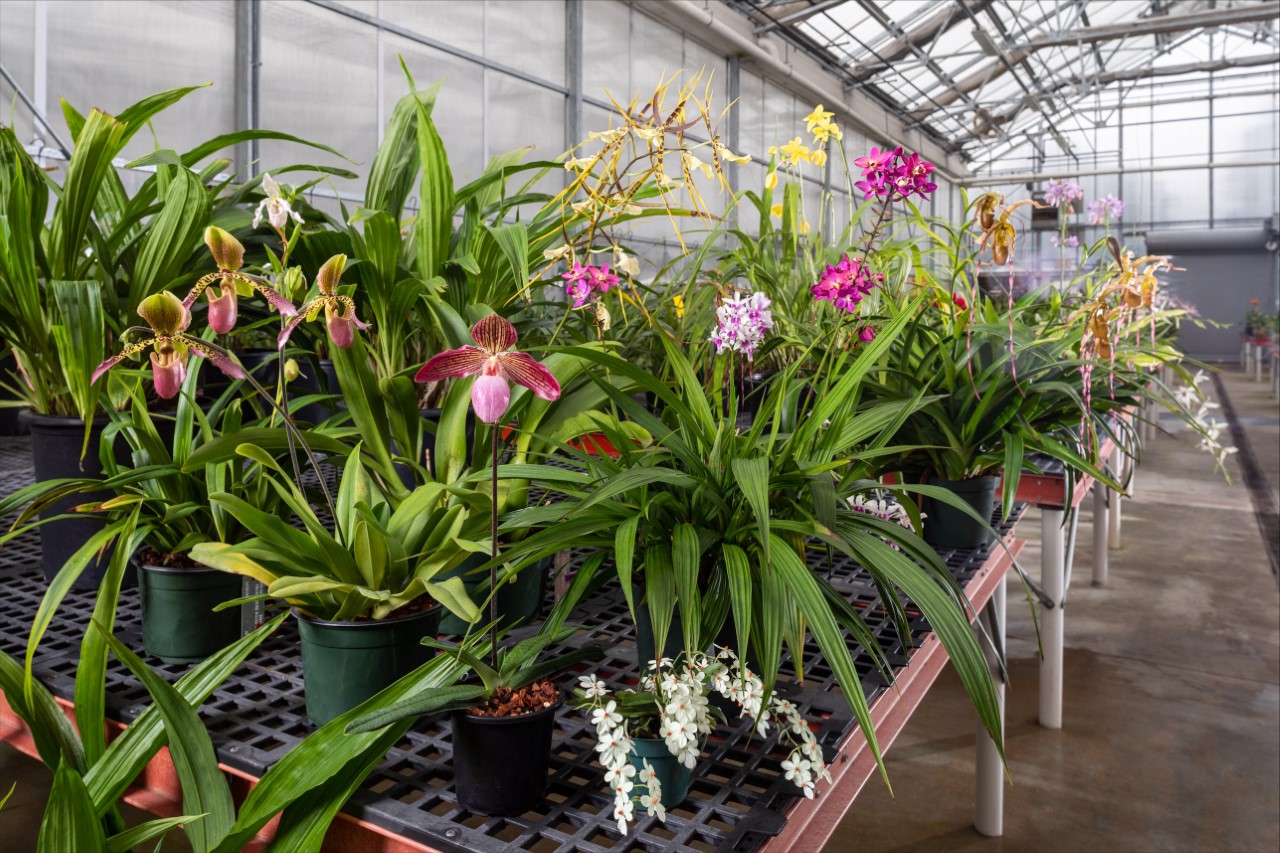 Celebrating the Smithsonian’s 175th Anniversary with a New Orchid

Flowers are intertwined in the important moments of our lives. From bouquets delivered on birthdays, to corsages and boutonnieres adorning young couples at high school dances, captivated audiences throwing flowers on stage after performances, and even elaborate casket sprays, we use beautiful flowers to mark so many occasions – including anniversaries. A 175th anniversary is no exception to that rule, but an anniversary that impressive requires a little more than a lovely arrangement.

In late summer 2020, Kondrat reached out to orchid hybridizers – people who breed new orchid hybrids – in search of an unnamed orchid worthy of symbolizing the Smithsonian. After a few months, Kondrat believed he found the one. As he describes, “we found the perfect plant that exemplified the elegance and beauty of decades of selective breeding with Smithsonian’s brilliance in the form of an orchid.”

Hybridizer Fred Clarke explained this new orchid was developed to have solid golden yellow flowers. The first flowering of the new orchid far exceeding expectations and have produced flowers that are so vibrant they appear to glow, much like our Smithsonian sunburst. 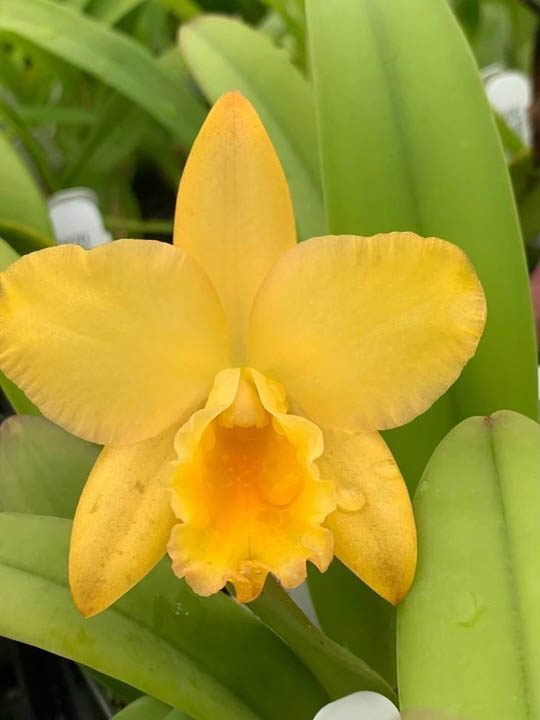 New orchid in hand, all that was needed was a name. That’s where you all came in. Secretary Bunch announced a naming contest on April 6, and by the 16th (which fittingly is also National Orchid Day) × Rhyncattleanthe Smithsonian Sunburst 175th became a part of our lexicon and the newest item joining the more than 6,000 specimens in Smithsonian Gardens’ living orchid collection.

Right now there are 30 Smithsonian Sunburst 175th plants in the Smithsonian Gardens Orchid section occupying 16,000 square feet of growing space. They have been tested for viruses and examined for other pathogens and are currently resting comfortably on a quarantine bench getting acclimated to their new home. Once they’ve been monitored for six months, they’ll be ready to enter the orchid collection general population (Smithsonian Sunburst 175th seems to have had a year very similar to the rest of us).

A perfectly yellow glowing orchid didn’t just appear from out of nowhere. × Rhyncattleanthe Smithsonian Sunburst 175th resulted from careful breeding that can be traced back to 1895 (back when the Smithsonian was only 49 years old). Decades and decades of selective breeding through multiple generations of orchid growers produced this plant.

Smithsonian Sunburst 175th’s lineage is known because of the careful naming system of orchids. Orchids are first noted by a genus followed by either a species or a GREX – a species is naturally occurring whereas a GREX is a hybrid (a combination or re-combination of species or other hybrids). Because Smithsonian Sunburst 175th is a hybrid, it is a GREX. But more specifically, a GREX tells us more than that an orchid is a hybrid, it is used to know a particular plant’s parentage or lineage. Once a GREX is registered by the Royal Horticultural Society, all crosses or combinations will be known under that GREX. This system helps to keep track of over 110,000 unique combinations.

Our newest orchid is now part of that lineage and will be used in orchid breeding well into the future. Who knows what new orchids will be traced back to our special anniversary plant.

Collecting new and rare orchids is typical of Smithsonian Gardens. In 1974, the Smithsonian Gardens Orchid Collection started with a bequest from Marjorie Merriweather Post, and in conjunction with support from Mary Livingston Ripley, this collection became well-established and is now third largest species-diverse collection in the world. This collection is a resource offering protection to species from threats including habitat change and even over collecting.

Kondrat, who has been with Smithsonian Gardens for just under 3 years (although, he was an orchid intern in 2012), sees his work as an important piece of that education and protection resource, saying “a collection of this magnitude and impact has the ability to engage and inspire people from all walks of life. I love sharing my passion for horticulture as a catalyst for change.” 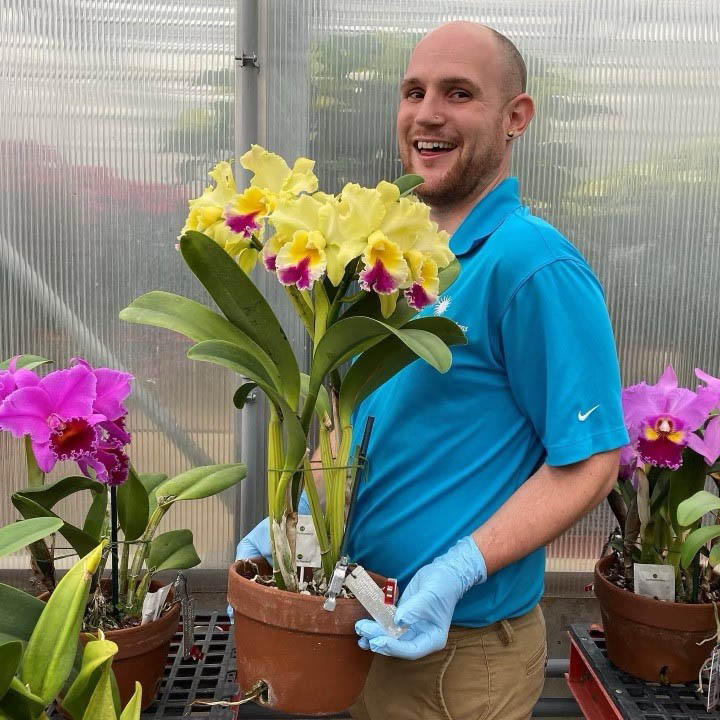 Just like people go to the zoo to see cute baby pandas and leave inspired to better care for a changing world, looking at and learning about orchids has that same power. Says Kondrat, “Orchids are the pandas (and divas) of the plant world.” He went on to explain that just like with pandas, the orchid collection can evoke real emotions, feelings that can lead to small changes and big steps that preserve and protect our planet.

Because Smithsonian Sunburst 175th is so new, Kondrat does not know when it will next bloom. Rest assured, whenever that is, Smithsonian Gardens staff will find ways for us all to watch and enjoy the process. The bright yellow flowering plant will be used in displays, but is scheduled to make its main debut at Smithsonian Gardens’ 2022 Orchid Exhibition.

Smithsonian’s collections are vast, but this newest holding has special meaning. Kondrat feels that horticulture naturally invokes inclusion – that are all welcome to enjoy and explore public gardens, landscapes, and plant collections. How fitting we now have a namesake orchid that helps us jointly celebrate all the Smithsonian has achieved in its storied history, mark this momentous milestone, and helps us look toward our next steps with hope. Just as this plant will go on to a beautiful future, so will the Smithsonian. 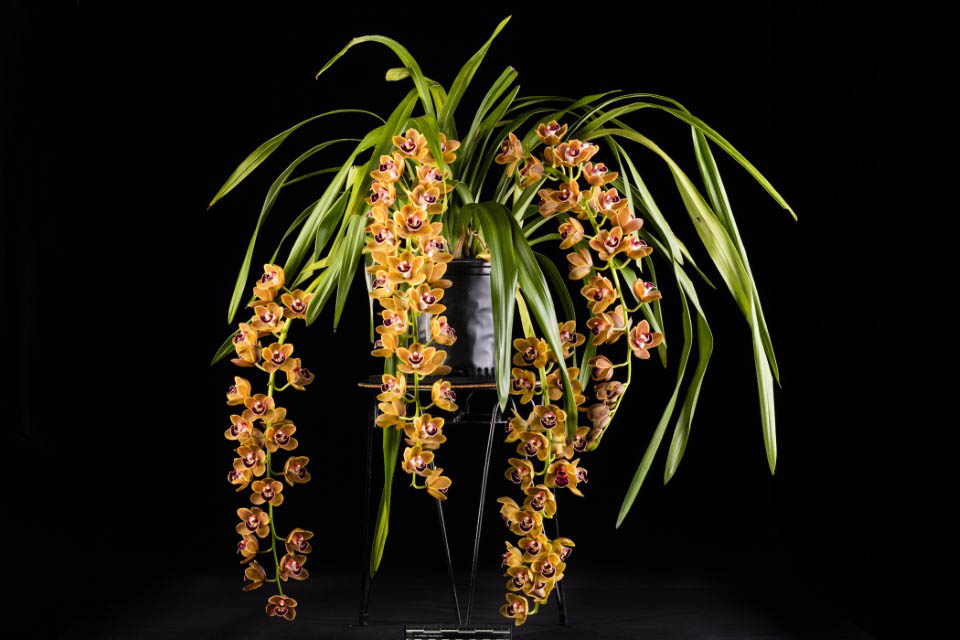