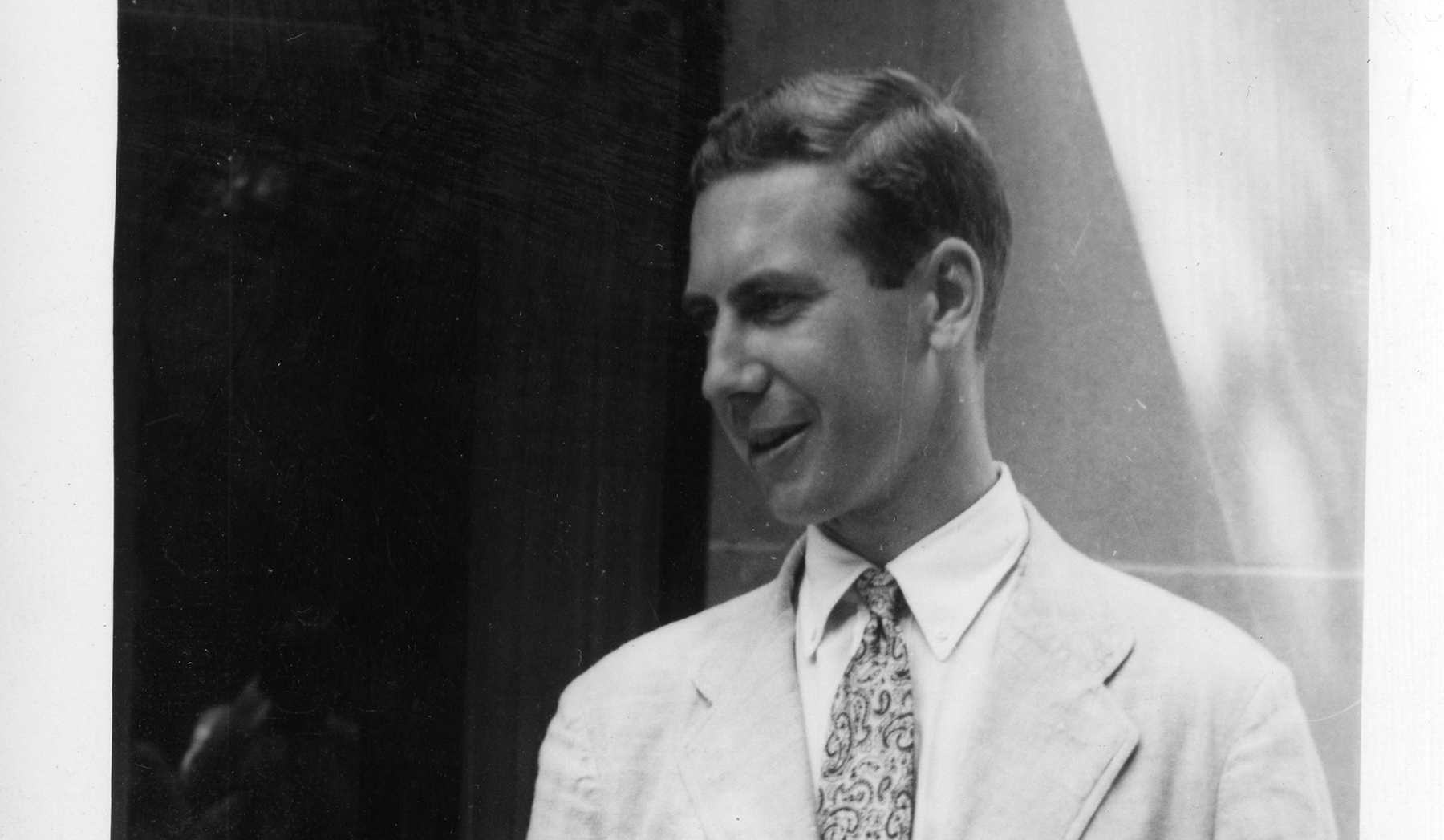 It all began during a conversation about archival description with my mentor at the Archives of American Gardens, Kelly Crawford. We stumbled onto the topic of describing sexuality when I wondered aloud about the existence of LGBTQ-related records preserved in the collections. I was intrigued to learn that Perry Hunt Wheeler (1913-1989), a renowned landscape architect who worked on numerous private and public gardens in Washington, D.C. during the mid-20th century, was rumored to have had two long-term relationships with men, one of whom was in possession of Wheeler’s papers after his death. When we consulted the finding aid for Wheeler’s collection at AAG, however, we realized that nowhere in his biographical note did it mention the person he shared a home with for nearly 20 years, James M. Snitzler, or his other partner, James M. Stengle.

With my interest piqued, I started digging through accession records, biographical profiles, and digitized newspapers including the Washington Evening Star (thank you DCPL!) to construct an updated profile of Wheeler. Meryl Gordon’s 2017 biography, Bunny Mellon: The Life of an American Style Legend, helped frame Wheeler and Snitzler’s reputation in Georgetown’s “evening society circuit.” Gordon refers to Snitzler as Wheeler’s “companion” and mentions Mellon’s invitation to the two men to construct a home on her property in Middleburg, Virginia.

Throughout the research process, Kelly and I discussed how to describe Wheeler’s connections to Snitzler and Stengle when the evidence of these relationships was so clearly covert. On that point, would we be “outing” the three men? A session at the 2018 Society of American Archivists’ conference addressed this dilemma, warning archivists against applying modern labels and instead providing context with the prevalent terms in use during a particular period in history.

Following descriptive policies outlined in the Digital Transgender Archive, Kelly and I adopted the following language used to describe the living arrangement between Wheeler and Snitzler in the 1940s for the revised finding aid’s biographical note:

In 1947, he formed a ‘bachelor household’ in Georgetown with James Snitzler. Later, at the invitation of Rachel “Bunny” Lambert Mellon, he and Snitzler created a second home outside of Washington called “Spring Hill” on property owned by Mellon. Shortly after Snitzler’s death in 1968, Wheeler moved permanently to Middleburg, Virginia and continued to travel, lecture, and consult with clients. Wheeler semi-retired in 1981 to ‘Budfield,’ a property in Rectortown, Virginia where he passed away in 1989, leaving his estate to his partner, James M. Stengle.

In 2019, I think we’ve reached a place where archives no longer claim complete neutrality. As Kelly pointed out, “cataloging is an open-ended and ongoing process.  You have to realize we come in with our own biases and impose our own interpretations. It’s our job to look at all of the materials and present the facts. Then others will look at it and put their own spin on it.” In short, all we know about Wheeler is from what we read in the newspapers, saw in photographs and correspondence, and learned through interview notes with Wheeler’s friends and colleagues. We can only present the evidence that Snitzler and Wheeler lived at the same address between 1947 and 1968 and that Snitzler left Wheeler a trust. After his death, Wheeler donated the trust to the Antiquarian Society in Snitzler’s name.

Studying the Perry Wheeler Collection, I discovered firsthand the importance of periodically revisiting and re-describing finding aids. When Wheeler’s collection arrived at AAG in 1993, the materials were rehoused but largely left in their original order by collections staff.  Very little within the boxes of records from Wheeler’s garden design records and personal papers suggested that he had any romantic attachments. Only by reading between the lines of the society pages in Washington’s newspapers and sifting through personal photographs did it become more apparent that Wheeler’s long-term relationships were closer partnerships.

Which brings me to my final lesson, imparted by archivist Bergis Jules and distilled over the last few weeks with the Perry Wheeler Collection: “The politics of what we’ve traditionally preserved means the archive is filled with silences, absences, and distortions, mostly affecting the legacies of the less privileged.” To say that Wheeler was less privileged would be a blatant falsehood. As a wealthy, white, professional man living with another man in D.C. during the Red and Lavender Scares, Wheeler was in a better position than most people at that time who were rumored to be homosexual. However, the unintentional erasure of Wheeler’s sexuality distorted his life in the context of the period in which he lived. For me, it brings up questions about whether his sexuality impacted his work life and how he (and Snitzler who worked for the State Department) escaped the scrutiny of the “gay witch hunts” during the Cold War. These are questions left unanswered by Perry Wheeler’s papers, perhaps to be answered by a future researcher.

Bergis Jules,“Confronting Our Failure of Care Around the Legacies of Marginalized People in the Archives,” Archivy, November 11, 2016.